Home»Collage»Ballad of a fat man and a little boy

Named after the two nuclear bombs dropped in Japan during the second world war, this piece is a commentary on our relationship to nuclear energy and the benefits and harms it entails. It can stand alone or in a group forming a Polyptych titled "Anthropocene - The Human Paradox" along with "COMBO", "Creature Comfort" and "Rising Tide". Cutouts are included to give a window into the details that make up the piece. 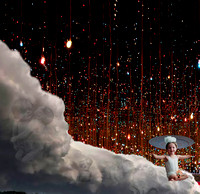 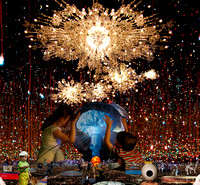 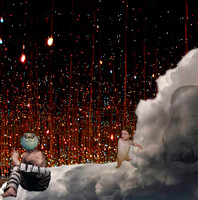 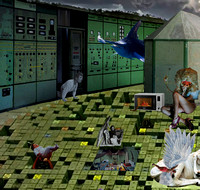 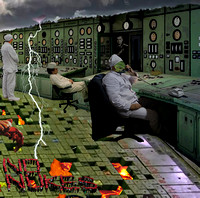 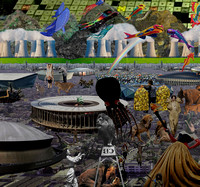 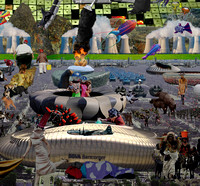 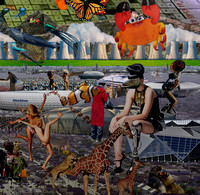 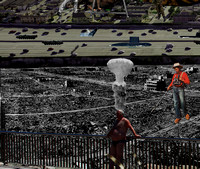 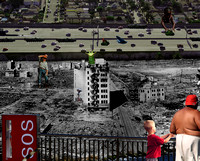 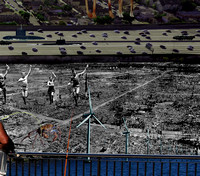 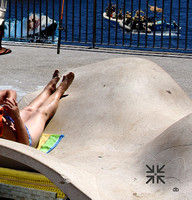 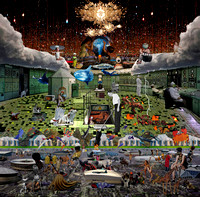